Survey Reminder: Water rate increases or keep the infrastructure as is?

If you live within the Las Virgenes Metropolitan Water District area (Agoura Hills, Calabasas, Westlake Village, and Hidden Hills), now is your chance to voice your opinion: Should LVMWD build a water storage tank even if it means water rate increases? Or should it not build additional infrastructure and hold off increases as long as possible?

Remember: If you don’t say something now, don’t complain later if you don’t like the result. 🙂

The survey asks for your opinion on just three things:
– current system reliability
– rate increases and water tank construction
– whether you want the water district to make it easier to conserve

As has recently been written about, Las Virgenes Metropolitan Water District would like to spend $6-8 million adding a 5 million gallon storage tank as part of a backbone upgrade system. The tank is expected to be located at the Westlake reservoir with construction traffic through Lindero Canyon Road, Triunfo Canyon Road, possibly Westlake Blvd., and Three Springs Drive.

Those that have reviewed hundreds of pages of documentation and information provided by LVMWD, say that the more they read, the less they think the tank is necessary — and that the District has not only not vetted out other ideas, but has not shown why it is necessary.
If you don’t know the facts behind the Las Virgenes Metropolitan Water District proposed water tank, you can read up on it before voting:

LVMWD has many documents and materials available on their web site.
http://www.lvmwd.com/index.aspx?page=251

Westlake Revelations has posted a shrot article including QuickFacts about the tank
https://westlakerevelations.com/2012/05/12/impact-construction-water-rate-increases-coming 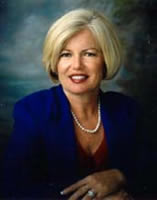