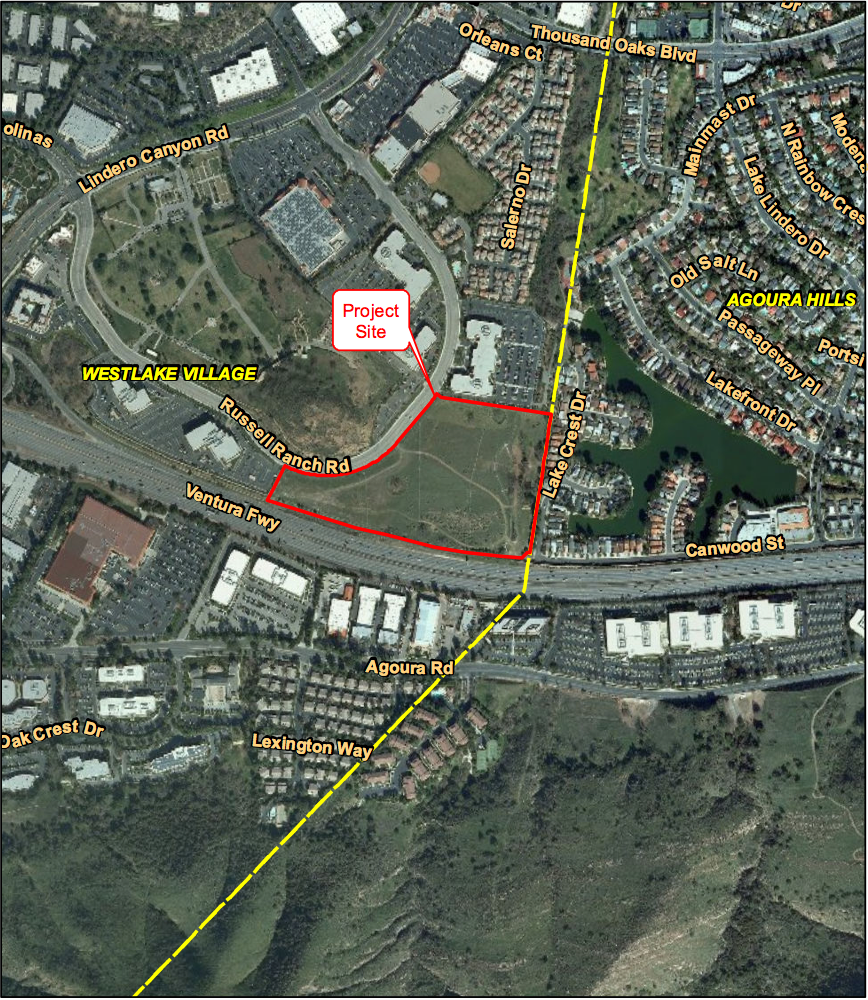 Selleck Development Group, headed by area resident Dan Selleck, is moving forward with a project called “Shoppes at Westlake Village” located on “Lot C” on Russell Ranch Road. This is the property formerly considered by Lowes, and where the Opus office complex was previously approved.

Selleck purchased the property from Bank of America in June 2010 for an undisclosed amount. After an almost two year vetting process, Selleck is now contracted to do the project and sell Target Stores 10.3 of the 22.5 acres for the project. If approved by the City of Westlake Village, the proposed project would have Target opening in March 2014. The Environmental Impact Report (EIR) is now available (http://www.wlv.org/whats_new/russell_ranch_retail.asp) and is in it’s 45 day comment period now (ending March 22, 2012). Selleck is hoping to bring the project before the City Council for approval in April, so that he can market the balance of space starting in May. (It’s more difficult to market to tenants without approval.)

The project is approximately 245,000 sq feet (a little more than half of what the previously approved Opus office building complex was going to be … not including the parking structures). The property has a “truck delivery system” reportedly designed to loop around the property specifically to avoid the northern part of Russell Ranch Road (near the Renaissance development). According to Selleck, deliveries will be during designated hours.

Starting at $750,000 per year initially, Selleck is projecting $1 million of annual sales tax revenue to the City of Westlake Village after three years and is expected to create 1900 jobs. During construction, Selleck expects 25-75 Average Construction Workers/Month.

For traffic, Westlake Village enjoys a high Level of Service (LOS) for almost all intersections all the time. The only time traffic reaches a noticeable level, and only at certain intersections, is during AM and PM peak times (“rush hour”) during the week. The proposed retail development has a much lesser amount of impact on peak times than the previously approved office complex, but adds car trips throughout the day and on the weekend (when there’s much less overall traffic in the City). It also adds during PM peak time, but spread out more evenly than the previously approved office park. As it is currently, other than at peak times, the development is not expected to have a material impact the LOS for intersections, but it will decrease the level of service some in a couple of intersections during peaks.

Westlake Revelations has asked Selleck if he would take suggestions from the community on the development, including ideas for stores and restaurants for the property. While he won’t respond to each of them, he has agreed to read each. Submit your suggestions at: https://westlakerevelations.com/phpQ/fillsurvey.php?sid=19

Additional Detail below. Pictures at the bottom.

The following is copied directly from the EIR:

The architecture of the proposed retail center would be a Napa Valley style. The retail buildings would include long covered pedestrian arcades with columns and roof structures. Accent features would break the length of the façade and main entry features. Hard trowel smooth stucco and stone walls, boosted clay tile roofs and large wood cellar doors with wrought iron details would be featured across the building façades. The smaller retail shops would be designed in a traditional storefront style. The buildings would have multiple facades, differing heights, and differing features to accomplish this appearance. These buildings would include greater architectural diversity and color than the major retail buildings in the eastern portion of the site. The project would include integrated, thematic landscaping, consisting of landscaped pedestrian walkways with covered arbors, vines, trees, and ground cover. Hardscape would include interlocking pavers or cobbles combined with stone accents and colored concrete flatwork. Between buildings, defined pedestrian areas would incorporate enhanced hardscape and landscape features, including seating walls, shade trellises, and benches. Assorted landscaping would be located along the projects perimeter. Approximately 39 onsite native oak trees would be removed to accommodate the proposed development.

Site access would be provided from Russell Ranch Road along the western project boundary. The site would include three ingress/egress points. The onsite circulation system would consist of a network of drive aisles lined with parking spaces on either side. Pavement patterns would define several pedestrian paths throughout the parking area and lead to paving areas located between and adjacent to surrounding retail buildings. Approximately 1,002 parking spaces would be provided on the project site.

Selleck needs from the City of Westlake Village

– A General Plan Amendment to change the land use designation from Industrial-Business Park to General Commercial, to allow the proposed retail development and use.
– A Specific Plan Amendment to allow retail development on the site rather than the business park uses identified in the existing Westlake North Specific Plan.
– A Development Agreement.
– One or more Planned Development Permits for development of the proposed new structures.
– A parcel map to subdivide the site.
– An Oak Tree Permit authorizing the potential removal of one or more oak trees.

First, some context. Even before Dole, Marriott, the Four Seasons, and the Bank of America office buildings were in place, the busiest portion of Lindero (between 101 and Russell Ranch Road) saw about 50,000 car trips per day. Today, it’s much higher, but mitigated through the extensive upgrades to the “arterial system” (i.e., the on/off-ramps, bridge, and roads). Peak hours, AM and PM, are the times that the system has significant drops in service levels. AM is worse than PM peak. The Selleck project would add about 700 car trips during AM Peak, and less than 1300 during PM peak.

All levels, current and projected, have the system within capacity as defined by the City. 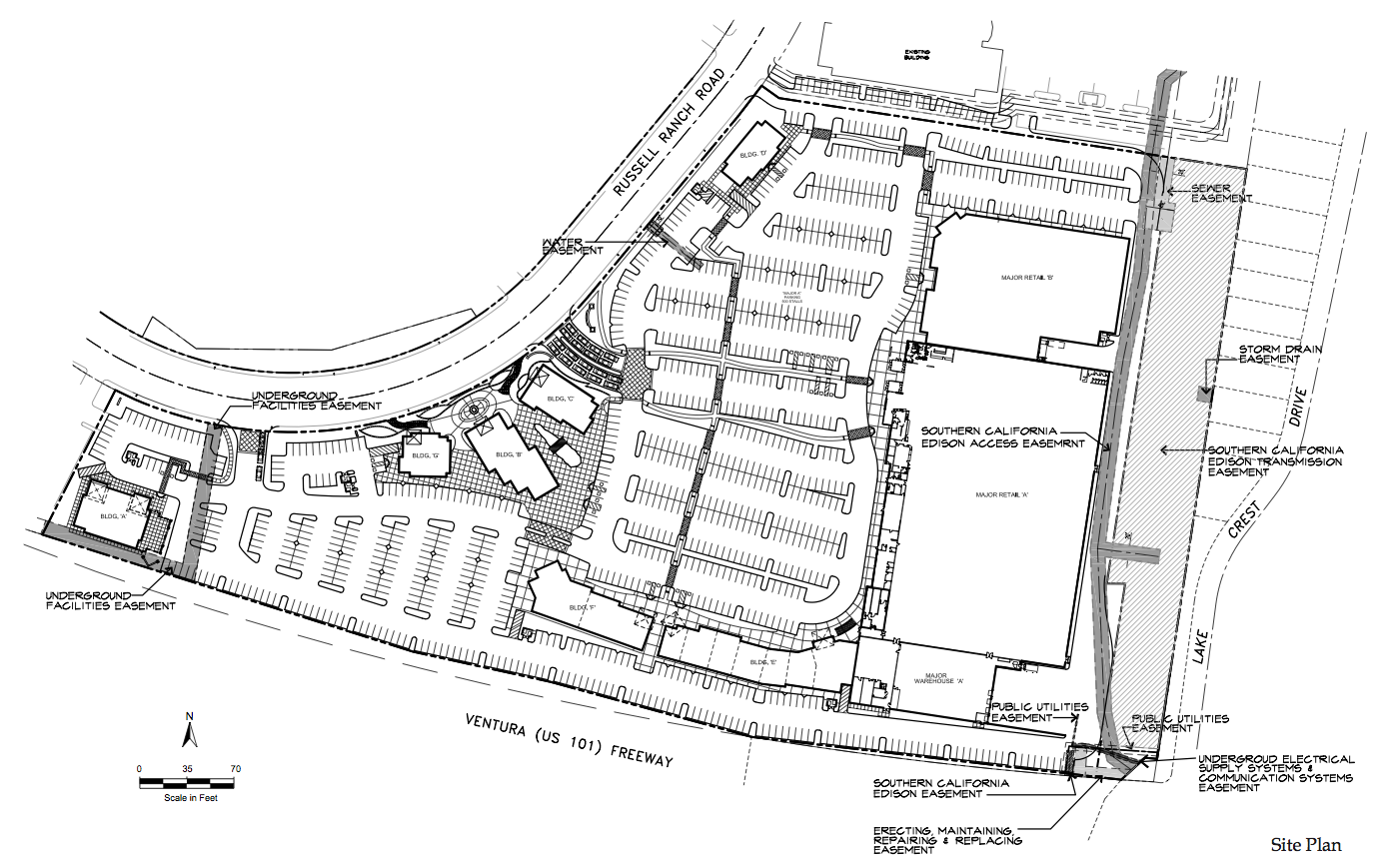 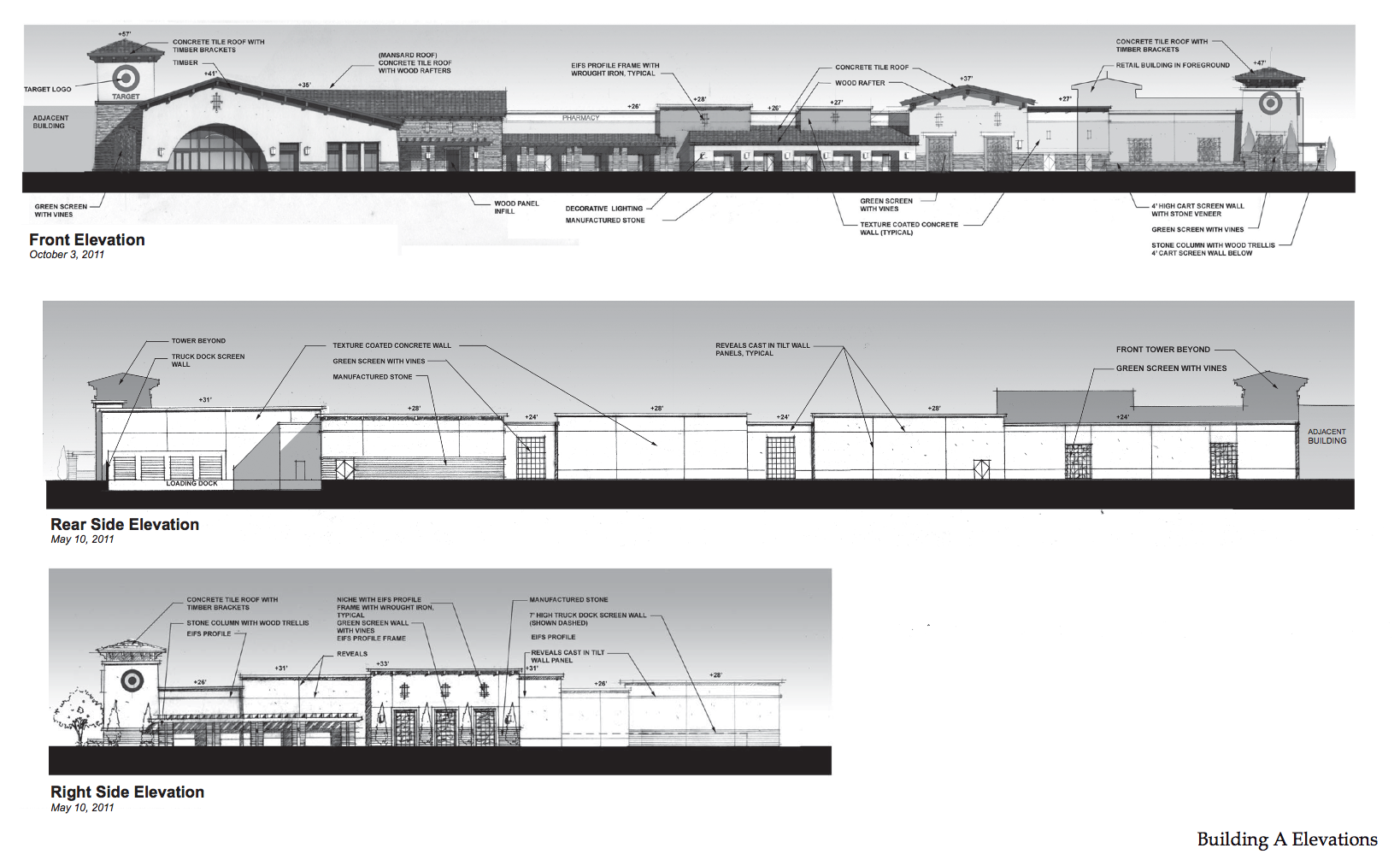 Burglary Alert from LA County Sheriff and TO Police