This morning, the Strong Cities | Strong State Campaign announced that the City of Westlake Village has been highlighted as a success story in California. Read the full release below.

“We are very pleased that the League asked our city to join the Strong Cities | Strong State campaign,” said Westlake Village Mayor Ned Davis. “It is extremely important to demonstrate what communities like Westlake Village are doing to enhance the quality of life for its residents. After all, cities and towns represent the backbone of this state, and they are the closest and most visible level of government to citizens providing essential services, programs and projects that have enormous impact on peoples lives day-in and day-out.”

The city of Westlake Villages profile is accessible at: www.strongcitiesstrongstate.com/city/westlake-village.

The “Strong Cities | Strong State” website is the centerpiece of a campaign broadly promoting city success stories alongside profiles of the elected officials and city managers working together to build and maintain a high quality of life for California city residents.

Highlights of Westlake Villages profile include :

 A model for public-private partnerships: The city is collaborating with the local YMCA to develop a 19-acre master pad to house a future city sports park and a YMCA family center. This unique partnership has applicability to other communities interested in stretching resources in a creative manner to find solutions to challenges inherent in building public facilities in a down economy.

 Strategic Planning 2015: “Back to the Future”: Adopted in 2004, the citys 2015 Strategic Plan provides a roadmap to the future helping the city council make sound, strategic decisions on a variety of municipal services and programs while preserving the unique qualities of the community.

 Business-friendly practices pay huge dividends: Westlake Village has a long history of encouraging and fostering a business-friendly environment. The “dividends” of this philosophy include a reputation as one of the prime locations for business development and relocation as a number of major companies have located their national headquarters in the city, including: Dole Foods, guitar Center, K-Swiss, Dakota Smith, Move Inc., Intellirisk Management Corporation, and Securitas Security Service.

“I have had the distinct pleasure of serving this community for the last nineteen years,” said City Manager Ray Taylor. “Our wonderful team, involving the city council, staff and our terrific and engaged residents, have worked tirelessly to make the community one of the most desirable places to live and work in all of southern California. Were extremely proud of this city, and were pleased to be able to share our profile and several of our success stories as part of the League of California Cities Strong Cities | Strong State campaign.”

The overarching goal of the “Strong Cities” campaign is to promote the innovation and experience of local officials in delivering vital services at a time when this expertise is vitally needed by state leaders struggling with fundamental issues of governance. “Strong Cities | Strong State” seeks to position cities as vital, necessary and equal partners in building a better California.

The Strong Cities | Strong State campaign will continue profiling individual cities each day, with a goal of highlighting all California cities over the coming year-and-a-half. Profiles include photos, video and other media articulating how each individual city has been working to both provide essential services, as well as elevate the quality life of its residents. Success stories will range from public safety initiatives to educational partnerships, infrastructure improvements to community engagement strategies and more. 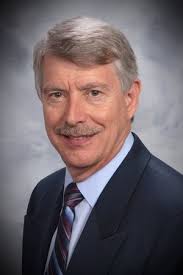