On Monday, the LVUSD Board of Education voted to move forward with putting a parcel tax before voters in November. The new parcel tax would be $95 per year for eight years, with exemptions for seniors and those with disabilities, and would specifically have “independent fiscal oversight, no funds for administrator salaries, and guaranteeing every dollar stays within our community preserving quality education.”

As with similar votes in the past, the parcel tax would need 2/3 voter approval to pass (combined vote from applicable areas in both Los Angeles and Ventura counties — as LVUSD covers areas in both counties). Initial research and surveys give the Board reason to believe that area residents are supportive enough of such a measure that it’s worth putting before the voters to decide.

Similar to the existing parcel tax, the new tax would generate an additional $2.2 million per year for eight years for LVUSD. According to the District, the revenue is going to help offset over $10 million in state cuts over the past three years. Specifically, the approved resolution states the parcel tax is to be used for “some or all of the following:

There is a clear exemption defined for older and/or disabled residents. To get the exemption, an owner of a owner-occupied, single-family residential parcel (that are 65 years or older, or those receiving Supplemental Security Income for a disability) submit an annual application to the District by June of each year. In addition, contiguous parcels with one home are taxed as a single parcel. Contact LVUSD for details.

The proposed $95 parcel tax is in addition to the current $98 parcel tax paid by residents within the District after Measure E was passed in 2004, and renewed for eight additional years in 2007. Reportedly, the current parcel tax is one of the smallest in the state, for those areas that have them, and significantly less than Oak Park and Santa Monica School Districts (two districts often compared to LVUSD). According to the District, if the new parcel tax is passed, the combined parcel taxes will still be less than surrounding areas.

For the current budget year in place, the State estimated higher revenue than what it’s actually receiving. The District has already made contingency plans with the District’s two labor unions (teachers and classified employees) so there would be no disruption in the school year even if there are further “mid-year” budget cuts to Education by the State. The parcel tax revenues cannot be touched by the State or other government entities as all funds must remain within the District. The election costs themselves (e.g., the cost from the county for the item to be on the ballot) have been budgeted (as are all election cycles). The costs will be lower, however, than the cost of a full ballot that would include Board of Education member election.

The campaign for the parcel tax may not be paid for with any District funds. Instead, the estimated $100,000-120,000 must be paid for by private donations obtained by the campaign committee. This will likely come some from businesses and private individuals, and the campaign is hopeful that they will not need to do any type of fundraising event.

Supporters of the parcel tax additionally state that the “data clearly shows that property values within the District are significantly enhanced due to the reputation and quality of the school district. As a result, even for those households without kids benefit.” Those opposed are against additional taxes. 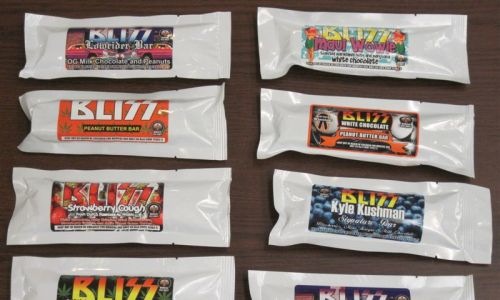