As of 5:30pm tonight, City of Westlake Village released the following updates:

As of late this afternoon, LVMWD management confirms about the Las Virgenes Reservoir dam:

Sometime late tonight or early tomorrow, Las Virgenes Reservoir will likely get full enough that we will see a first-time release through the reservoir’s spillway, which is designed specifically for this purpose. However, this is entirely depending on the intensity and duration of the rain. If the level reaches the spillway, the water would then flow through the northern edge of Three Springs Park, where an underground storm drain conveys it to Westlake Lake. See flow path. 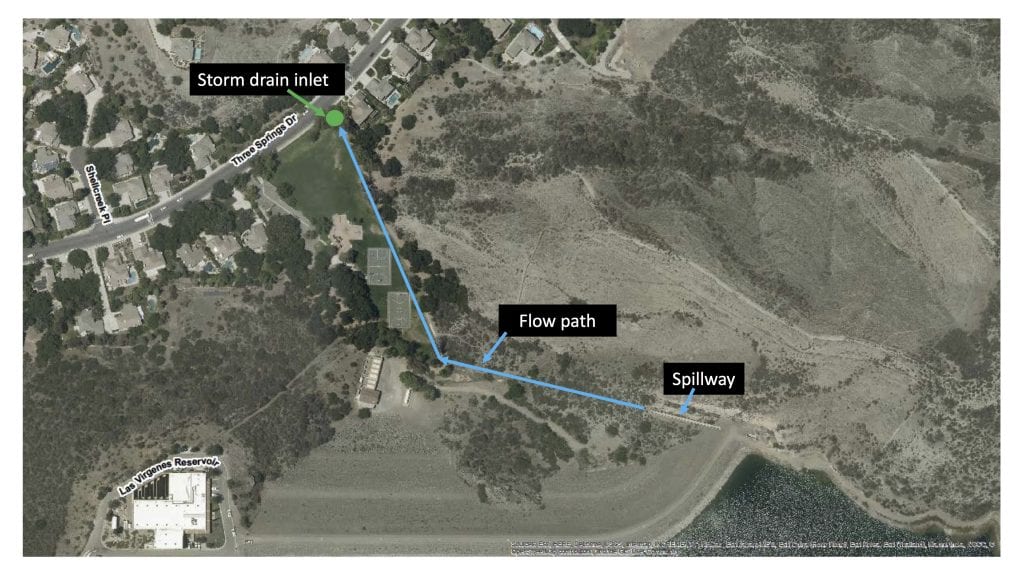 It is important that everyone stay clear of the park, and the spillway path – it is not safe to go near any of the drainage systems anywhere during this storm. 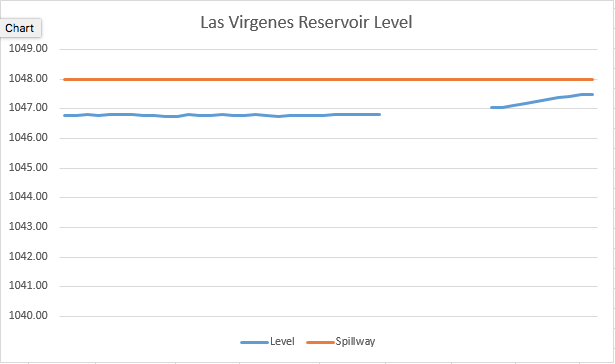 Earlier this week, LVMWD staff was “planning to activate the Westlake Filtration Plant, delivering reservoir water to customers, which would minimize, if not completely eliminate, the potential for a release” but then later said that “because of recent upgrades, however, the treatment plant is offline. The new facilities need to be approved by public health officials.” According the Ventura County Star on Thursday night, “The district was able to release a small amount of water through an auxiliary line into the storm drain Thursday.” But it was not enough to compensate for what’s expected from the storm tonight.

LVMWD General Manager David W. Pedersen said, “We recognize that residents may be concerned with the potential release of water through the spillway, particularly in light of the on-going emergency at Lake Oroville. However, the facility is designed to function in this manner, and there is no risk to the dam or public.” 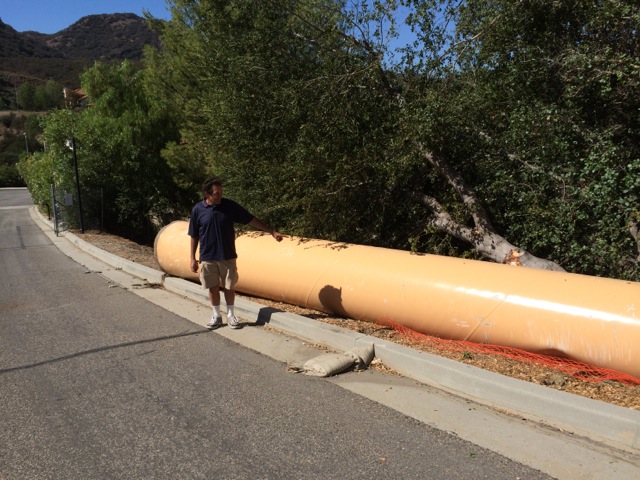 Incident and Brown Act not on LVMWD agenda; Residents call for 3 Resignations